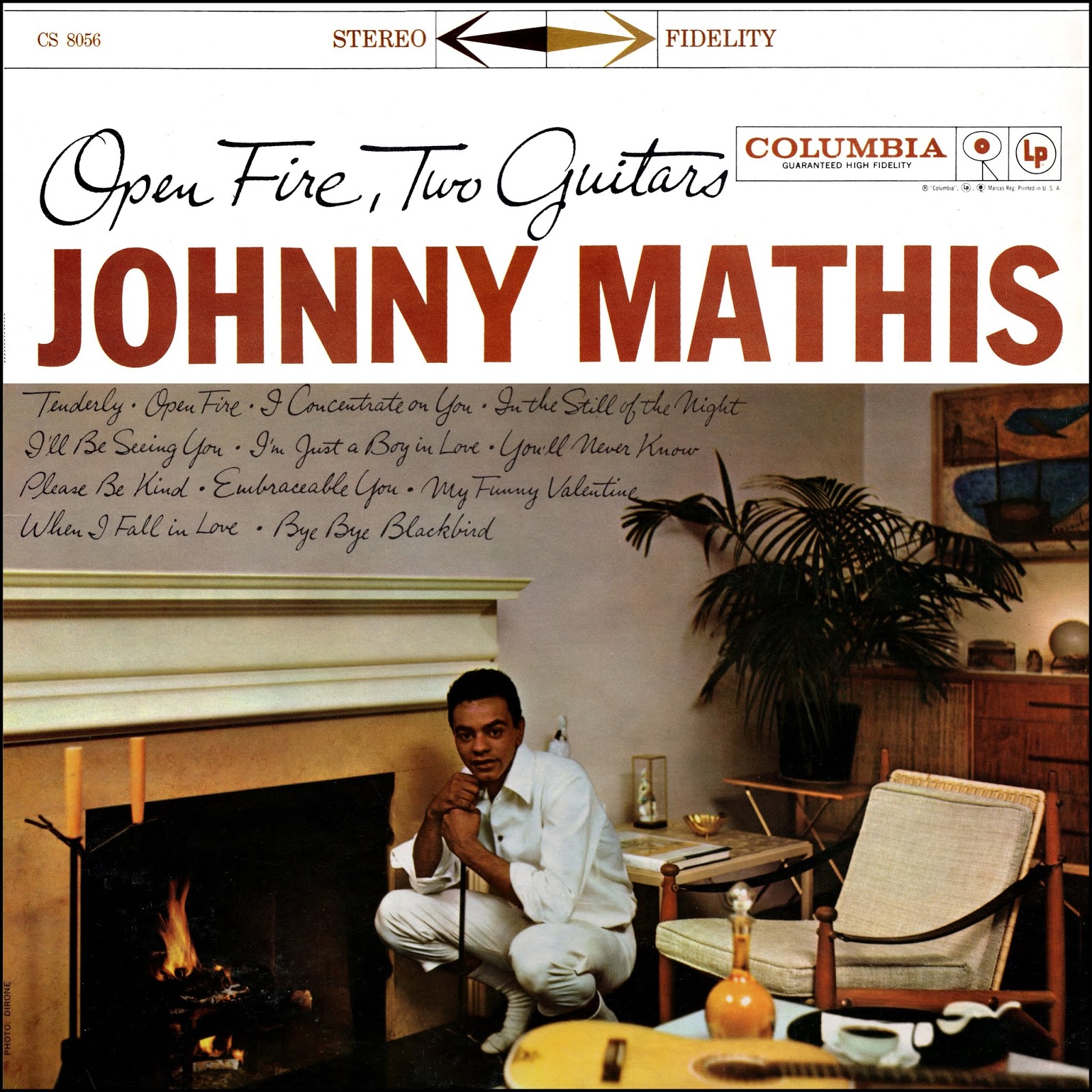 Four weeks ago we gave you the review by Kjetil from Årabrot and we said this might be the oldest thing we ever review - and now Eugene from Oxbow talks about a record much older - from the late 50s! Talk about interesting choices and musical interests!

Veil of Sound is primarily a page for aficionados of hard, guitar driven music and so we also often interact with musicians from the same “field”. So these are the ones we ask for guest reviews, and then we are completely taken aback by their choices. When Eugene S. Robinson agreed to do a guest review for us we would never have thought he’d choose Johnny Mathis fragile guitar-opus Open Fire, Two Guitars:

This will confuse you. And it’s OK that it confuses you as the language it speaks is totally mired in an age and an epoch only echoes of which have reached me, and if you’ve cared enough to read this, have probably totally missed you.

The year was 1959 and the casual “confirmed” bachelor-ness on the cover of this record with its mid-century modern, Eames chair flair, only gives the slightest hint of the otherworldiness of this Johnny Mathis magnum opus. Produced by Mitch Miller, who was better known for his jokey schtick and a TV show that was a product of the same (Sing Along With Mitch Miller), this record stuns with its…intimacy. An intimacy and a vocal there-ness that I’ve been chasing since OXBOW’s first Joe Chiccarelli produced record The Narcotic Story.

And no one better to deliver it than the sweat socked sporting Mathis, champion athlete (track and field, basketball) and musician extraordinaire, whose angle of attack was weirdly idiosyncratic that he had become some sort of figure of fun. But for the total earnestness of this record which sets itself up as all good music to seduce by should.

You see the best seductions are the ones that happen even while you’re completely sure that that’s the last thing that’s happening.

“Sitting on a cozy pillow. Poking ashes with a willow. Stirs a spark of old desire.”

This could have been written by a lover, or a killer and it’s the not-so-naked ambiguity that plays with your sense of place and time that has influenced me in the best of all possible ways.

You know it used to bug me that no one understood that most of the lyrics of my songs are fundamentally love songs. But I think what really bugged me is the lyrical ability to say so much more with so much less and with such a great sense of ease.

The last time I saw Mathis it was in an airport in LA and he was accompanied by two very handsome, and well-muscled twin assistants.

Mathis was wearing some sky blue number and was, indubitably Mathis, close but distant, near and impossibly far away. Like this record. I’ve listened to it over 1000 times and never really tell anyone about it. Because?

Because most wouldn’t understand. Maybe this will help. Though probably? Not.

You can also check out what we had to say about Killers Like Us in this review here. Or you can have a look at the two interviews we did with Eugene: This one about his work with BUNUEL with BUNUEL or this one which was part of our year-ending series.