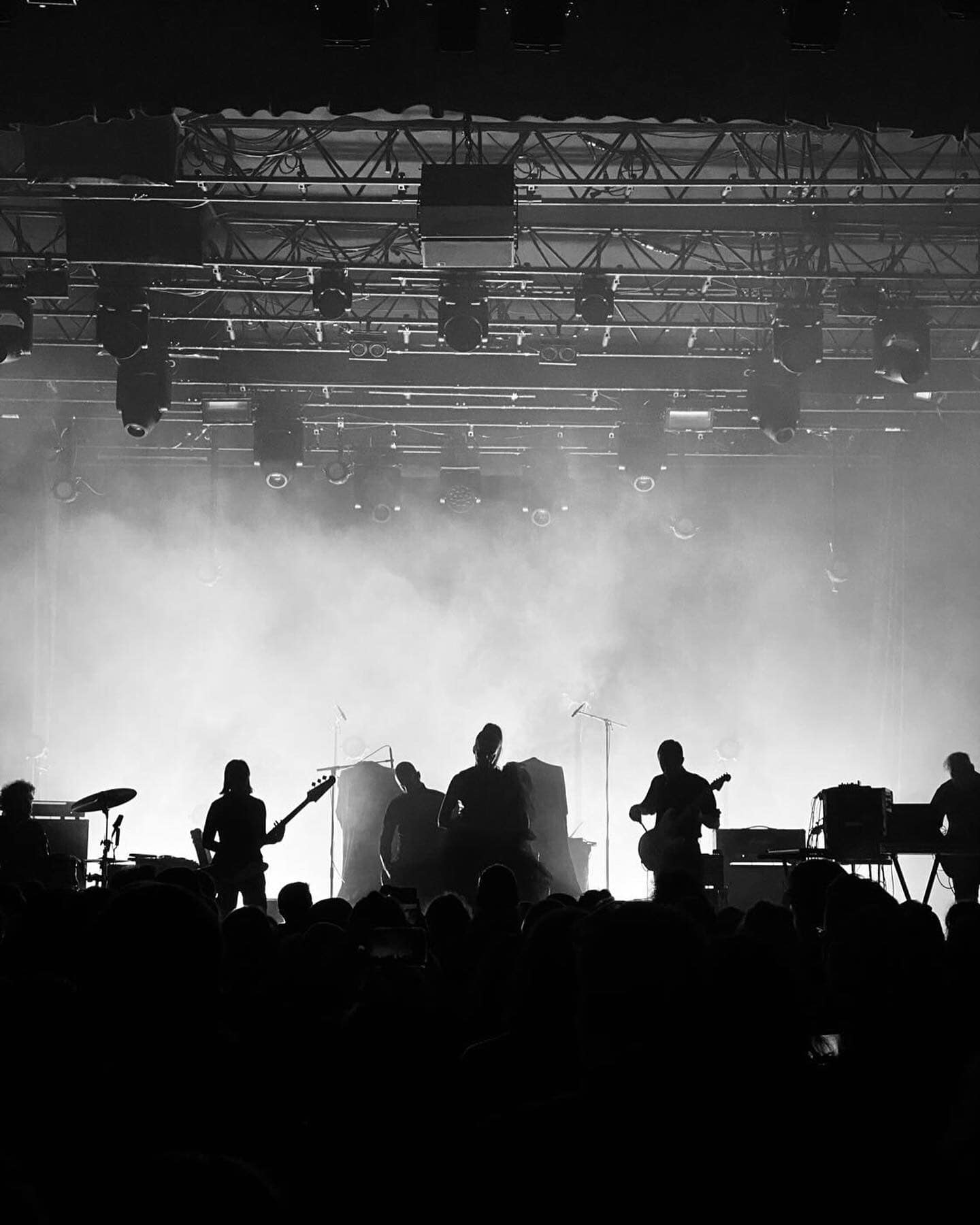 Nearly at mid-term in our interview-marathon and this time we got our second written interview – maybe a bit shorter than usual, but we guess you can use a little breather. Additionally we are 100% sure that you are gonna like this interview with GGGOLDDD, one of the most interesting bands around, whose masterminds Thomas and Milena also curated 2022’s edition of Roadburn and who came up with an album that needs to be talked about constantly.

This Shame Should not be Mine opens a lot of discussion about how to deal with sexual harassment and rape and how to deal with it, how to cope with it. Not only this is a topic for us, but of course also how the curation for and collaboration with Roadburn Festival went for the couple. You see - there is more than enough to talk about and thus we are more than happy to give you this interview which Stephan did for us. Enjoy!

First of all I want to congratulate you on what an outstanding album This Shame Should Not Be Mine has become, and on all the well-deserved attention and praise it receives!
On the album you (Milena) are singing about your personal experience of sexual assault in very real and clear words. And I think your focus on the trauma and its effects makes it accessible and relatable to an even wider audience beyond the already sadly too huge group of survivors and indirectly affected of this kind of violence. Did you receive any reactions from directions which have surprised you?

Since we first performed This Shame Should Not Be Mine at Roadburn Redux we have received so many heartening and heartbreaking responses from people who can relate, all in their own individual way. A lot of them were also from men and non-binary people. Especially among men there seems to be even more of a taboo. And the taboo was a big part of why I wanted to make this album. The taboo is why people still feel isolated and guilty when this happens to them. So it’s important to tell these stories and help people understand they are not alone. And that the shame should not be theirs.

When talking about trauma and sexual assaults - do you think that we are witnessing the results of over-sexualized generations? Is this rise in publicly denounced sexual assaults a good sign in your opinion?

We are witnessing the results and collapse of patriarchy. Sexual violence is something of the ages. The fact that it’s now more talked about and discussed is simply because people feel empowered to speak out. It helps keeping the perpetrators and the power structures that used to shield them accountable for what they do.

I can imagine that there were many steps on the way which demanded overcoming: Realizing what the theme of the project would be, then discussing it within your band etc., each of those steps somehow getting bigger and bringing it out more into the open. Was this increasingly scary or did it eventually turn into a process of coping?

Both, I would say. It was scary addressing it publicly, even in the most intimate of settings. But it’s a necessary part of coping with it and finding a way of moving forward.

I saw you performing the full album at Roadburn Festival and I have seldom felt such a serious and respectful anticipation from all people on and off stage for a show of that size. During your performance especially “Spring” brought me as close to tears as it is possible without crying. Also considering that the album had started as a commissioned project for last year’s streaming edition of Roadburn, can you tell us how this show played out from your perspective?

It was definitely the most special show we ever played. The respect and attention we got from the crowd was very emotional for us too. We know that a show like this is rare for all in the room, so we’ll cherish this for a long long time.

Speaking of Roadburn, you (Milena and Thomas) were also invited as curators for the festival and put together an array of artists ranging from guitar dream pop over experimental electronic to sludge and black metal. How was that process and what were your takeaways from that experience?

It was such an honor and so much fun! We could just throw wild ideas at Walter and he would work with us to make some of these happen. We really feel like we managed to materialize the concept of “Redefining Heaviness” and are super happy with the acts that were booked. We also learned a lot about what it takes to put such a festival together and we got even more respect for everybody involved.

How did the people at Roadburn react when you told them of your plans for your commissioned piece?

If we remember correctly we told Walter what it was about and we sent him the first demos of what we had been working on. His response was very emotional and gave us a lot of confidence and strength. Overall, the way Walter has put his trust and confidence in us, has helped us a lot in finding our path forward.

As a fellow attendee I just have to ask: Any favorite performances (inside or outside of your curation)?

This year’s Roadburn was such a special and emotional experience, with so many highlights. We were really blown away by the electronic acts, like Amnesia Scanner, Duma and The Bug. Liturgy’s performance of “Origin Of The Alimonies” really overwhelmed us. And Midwife gave such a beautiful concert.

Your interest in electronic music is also very much on display in form of the synths, minimalistic beats and trip hop influences on This Shame Should Not Be Mine. Do you think this would have happened as a natural progression of your style anyway or did this album in particular demand a different, less guitar-centric musical language?

It was something that we had wanted to do for quite a while. We had started to experiment with electronics a bit already, but the pandemic really forced us to dive deeper into this. Suddenly our band routine was totally gone as we weren’t allowed to get together. So we played around with electronics in our home studio and found a way to compose and arrange in that way. That came together with Roadburn commissioning a piece and the trauma rearing its ugly head. All of that together resulted in “This Shame Should Not Be Mine”.

Given the different setup on stage, will the recent material vanish from your setlists after the current tour cycle or do you consider translating some of the songs into “rock versions” later?

We’re always looking forward and you surely shouldn’t expect us to return to a more rock sound after this.

Finally let me address a concern many of your fans are probably worrying about: Are you always online? Your reaction time on social media usually is alarmingly quick!

And speaking of internet matters: You’ve recently rebranded Gold to Gggolddd for mostly rather pragmatic reasons of better online recognition and optimized search engine results. Would you mark that as a success or has it led to further confusion?

We are super happy with it. It’s so much easier to find us online, and that is all we wanted to achieve.

Onto our infamous quickfire round - you get two alternatives, have to choose one and maybe give a short explanation. You also can answer separately.
Beer or Wine? No

For your next vacation - the mountains or the seaside? Norwegian mountains please

More appealing to you - Paradise Lost in their electronic phase or in during their early Doom innovations? Icon!!

Messa or E-L-R? Both, but since they recently suffered a ravishing car crash, our hearts are with Messa.