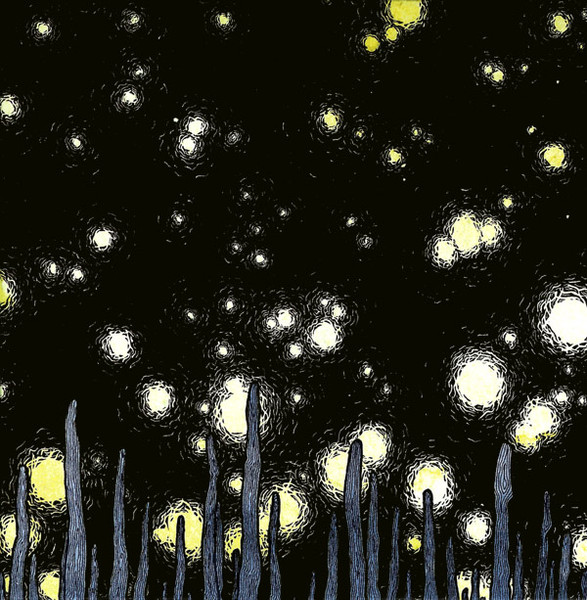 There are only a few bands that really defined a certain genre with their music and their sound. Dre defined HipHop, Elvis defined Rock’n’Roll, Joy Division defined Post-Punk - and, yes, ISIS defined Post-Metal. So it shouldn’t surprise anyone when loads of modern-day Post-Metal and Post-Rock artists are inspired by them, just like Ian Stokely.

Lucida Dark is one those dark horses when it comes to American Post-Rock and they surely have listened to their share of ISIS’ records. And as so many other artists, Lucida Dark’s Ian Stokely is not in any way afraid of showing his love for the band which was founded on the east coast but then re-settled on the Pacific coast of the USA. And probably - Ian would also love nothing more than a reunion by these pioneers, but shouldn’t we all also admit that their unwillingness to get back together (for whatever reason) and their no-compromise attitude about that is one of the reasons why we have always loved that band? Do what you want to do whenever you want to for which reason so-ever - great art needs no compromises!

There is a vivid memory in the back of my mind that still pops into my consciousness from time to time. A memory of an eighteen-year-old me in my parents’ basement, scrolling through music video after music video, looking for anything to act as a distraction from the throbbing pain of recently pulled wisdom teeth. The 2010 YouTube algorithm eventually suggested a video for a band whose name I had heard a few different times over the years but had never actually given a proper listen: ISIS. The video was “20 Minutes/ 40 Years”, the only music video to be released from ISIS’ final studio album, Wavering Radiant.

Many of the readers of this site are probably well acquainted with ISIS’ discography and may be more partial to some of their older, landmark albums, such as 2002’s Oceanic or 2004’s Panopticon. I honestly could write a review about how each album in their discography influenced my songwriting in some way but Wavering Radiant was my very first introduction to one of my all-time favorite bands, and the one that I would consider to be the most influential to me personally.

The main thing that has always drawn me not just to this band, but to this particular album, has been their impeccable use of dynamics. They, along with their forebearers, Neurosis, had mastered the art of the slow build-up. They had made songs that acted as a sort of gradient from moody space to colossal walls of sound. Wavering Radiant, to me, is a slight departure from the standard post-rock formula they helped create. This could be due to the heady themes surrounding the album or perhaps the result of trying to combine artistic visions that had long-since drifted apart. Whatever the case, the lines between soft and hard, light and dark, joy and despair, all seem a little more ambiguous. One extreme doesn’t gradually evolve into the other. Rather, each one seems to exist concurrently with its opposite.

Wavering Radiant’s midpoint, “Hand of the Host”, is my favorite example of this in terms of their songwriting. Throughout its nearly eleven-minute run time, the song weaves in between dreamy verses and heavy, doom-laden choruses before climaxing into a triumphant guitar solo. But just as the energy reaches its apex, the floor suddenly gives way, leaving behind one clean guitar playing a simple, arpeggiated chord. The shift is jarring, but unforced, like simply turning a corner and finding oneself in a place that never should have been entered. For a passage so simple and so empty, there are few moments on Wavering Radiant (or, in my opinion, most metal albums), that match this level of sheer, ominous tension.

This principle doesn’t extend just to the way ISIS writes their songs on this album, but how the instruments are played throughout. Take, for example, the final crescendo of “20 Minutes/ 40 Years”. In this section of the song, the guitars and drums pound away in unison, double bass accentuating each over-driven power chord. Behind this rhythm, the bass is played on the upper register and coated in delay and reverb, a dynamic that creates a feeling of weightlessness amidst a world that’s crumbling all around. Listening that first time in my parents’ basement, I realized that the bass guitar could function not just as a foundation, but as a gravitational force. Just as it could act as a weight that holds the listener in place, it could also allow the listener to drift off into the sonic landscape.

It was pieces like these that changed not only the way I experienced music, but the way I would approach my instrument when writing my own songs. By the time I had been asked to be a part of Lucida Dark, I had been well acquainted with ISIS’ music and had taken inspiration from other parts of their catalog for earlier projects. But when asked to be a part of Lucida Dark, it was the memory of my initial discovery of Wavering Radiant that made me excited to join. I realized I had the opportunity to make the sounds that had captivated me for so many years. In the four years since I joined, I’ve devoted my role in the band to being the same gravitational force (or, in some cases, anti-gravitational force) that I first felt throughout my journey through Wavering Radiant.

Here you can find the aforementioned video for “20 Minutes/ 40 Years”:

You can listen to ISIS’ Wavering Radiant by using the player at the top and here you can find Lucida Dark’s last record Of Death, Of Love which we also reviewed here.