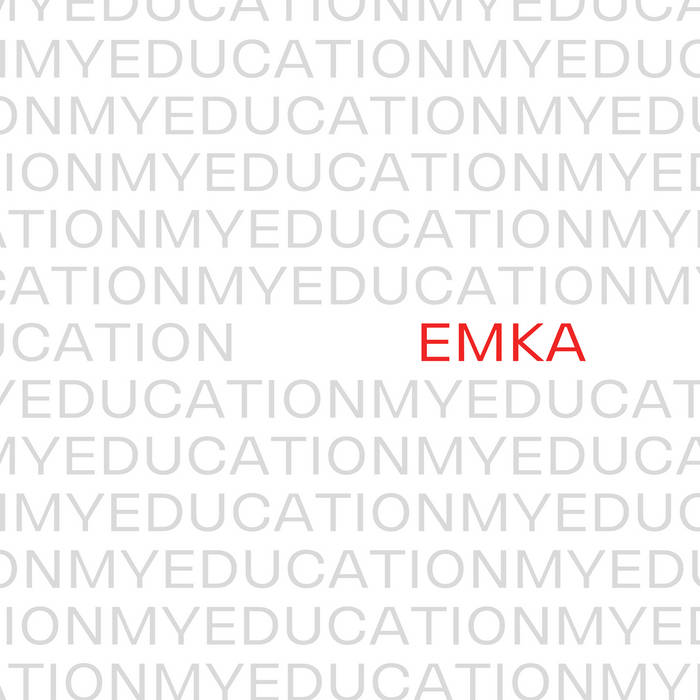 Austin, Texas-based My Education formed in 1999 and has released eight full-length albums. The band is currently in the final phases of preparing their new LP Emka for release on Somewherecold Records. It is a trans-hemispheral collaboration that culminated in a week of ecstatic sessions at the famed Sonic Ranch studios in Tornillo, TX with Charles Godfrey (Swans, Trail of Dead, etc.).

The band found itself split in two when founding guitarist and major songwriter Brian Purington relocated to Auckland, New Zealand in 2017. Creativity continued to blossom as the band and Brian exchanged files over the wind of many minds, meeting occasionally to tour and record. Finally, West Texas beckoned and the album was hatched at Sonic Ranch. Rapidly, the pandemic hit and the overdub sessions extended in person whenever possible and remotely as the incubation of the record continued.

Finally, what emerged was an LP that reflects the terrors of living in a world shaped by the last world war and the cold war that followed it. From the horrors of the battle of Stalingrad (“Khorovod Fountain”) and deadly German hunter-killer submarines (“U-48”) to the legendary Black Marias that spirited people away to the Gulag (“Emka”), a kind of mirror duality in both spirit (the Egyptians called it Ka) and the physical world arose in the music.

My Education regularly tours the US and did nineteen shows in 20 days in Europe in 2013. They have shared the stage with A Place to Bury Strangers, Kinski, Bardo Pond, Dalek, The Black Angels, The Sea and Cake, Warpaint, Alexander Hacke/Algis Kizys/Danielle de Picciotto trio, the Psychedelic Furs, The Soundtrack of Our Lives, This Will Destroy You, Sleepy Sun, White Denim, Radar Bros., Don Caballero, Trans Am and many others. Additionally, My Education has also joined Maserati and the Red Sparowes on multi-date regional tours. North Americans will soon see them on tour with Acid Mothers Temple and the Melting Paraiso UFO in fall 2022.

My Education loves collaboration and specializes in media crosscurrents. The band’s work with Houston’s NobleMotion Dance company premiered with three sold out shows in 2011 at Ballet Austin; a second collaboration in late 2013 sold out two shows at Houston’s Hobby Center. The band has also scored a film by CM Talkington, director of the cult classic “Love and a 45”, entitled “Mud, Mules and Mountains”. The film, which tells the story of the invasion of Italy by the raw recruits of the Texas 36th Infantry Division in 1943, premiered at the Telluride Film Festival in 2015. My Education has also scored F, W, Murnau’s immortal “Sunrise: A Tale Of Two Humans”, played the score live all over the country, and released much of the score on an album of the same name in 2010.

There will be an album release show Thursday, October 20th at the Chess Club in Austin,TX w/ Psychic Shark and SKLOSS. Here is the Facebook event page, as well as set times:
9PM - SKLOSS
10PM - Psychic Shark
11PM - my education (Album Release)