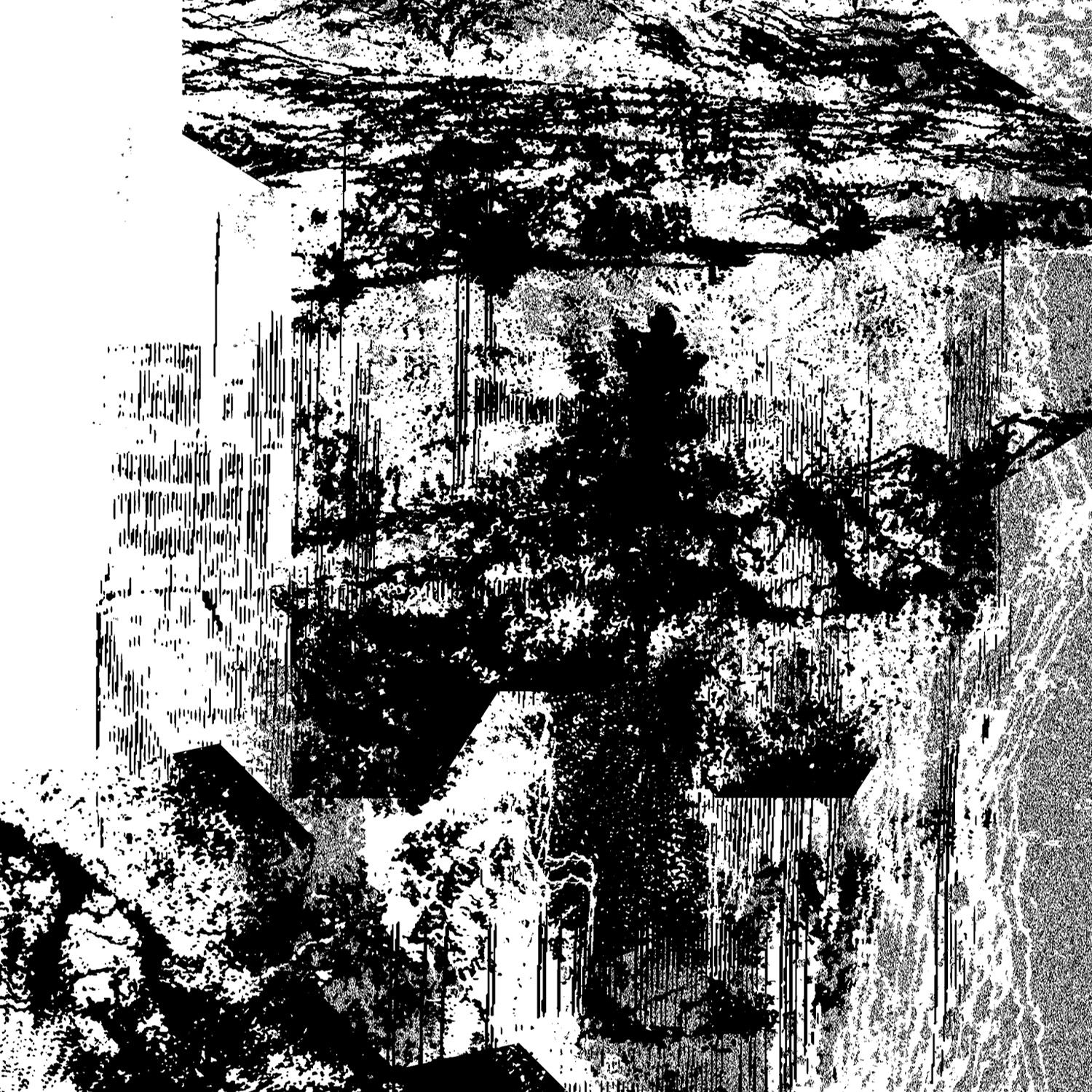 The two unnaturally mountain moving noise units EARTHFLESH and EYEROLLS embark on their first mutual journey through the vast and often monochromatic fields of noise and elongated drones – a trek that morphed into the evocative and beckoning ELEMENTAL TROCITIES, that’s to be released on August 26 via Bent Window Records on CD and Trepanation Recordings on tape.

ELEMENTAL ATROCITIES was conceived as a single, astonishing 58-minute piece conjoining the tangible human element with the often distancing mechanical one, together producing a sonic voyage of proportions rarely heard of. While the release was cut into two portions named “Fading Places” and “Elemental Atrocities”, respectively, the effort needs to be engulfed as a whole to be properly experienced and understood.

ELEMENTAL ATROCITIES as introduced by EARTHFLESH:

It all started with an ordinary “friend request” once in 2021. I was used to get lots of them at the time from random people in the scene asking to collaborate or do a split but I somehow quickly identified this one could well be a little more special than the others.

Although we did not know eachother before, I have the feeling Zoe and I quickly started becoming really close one to another from that point, as we started exchanging thoughts on various subjects and sincere words of appreciation and admiration towards eachothers works in sound and art in particular. One conversation leading to another, we then quite quickly started drawing plans and ended up agreeing on a theme which we would use as a guide to our soon to come collaboration: from the words of Zoe, “something related to empty, abandoned places - areas that were once inhabited but have since been left vacant”.

I don’t have much interest in that kind of “regular” splits where one drops a track and the other drops another and we are just done with it. It doesn’t make sense to me ; I rather prefer working on a true collaboration, exchange ideas and build things together hand in hand, even on distance. Zoe luckily had the same vision and a little more than a month after just sent me a first batch of files : the tremendous “Thrum” and “A Face made of Rain” - two extra-dark and evocative works of noise sourced from a collection of field recordings. My face was melted, already, pure and simple; and the rest truely is history as we then just spent the following weeks and months sending eachother some more recordings and elements, exchanging, talking about life and noise,confronting ideas, mixing and remixing eachothers sounds and completing eachothers work until we both found full satisfaction and true sincere pride for every aspect of our art. Six months later, ELEMENTAL ATROCITIES was officially finalized and so here we are now. Finally able to share it with anyone caring. As always I’ll say it’s up to anyone’s appreciation, though I have no doubt this is one for the books.

ELEMENTAL ATROCITIES as introduced by EYEROLLS:

What does the world sound like when we’re no longer in it? What grows over the pavement while winds howl thru cracked, abandoned skyscrapers? What will truly outlive us?

EARTHFLESH’s massive, force-of-nature noise walls & EYEROLLS’ random sonic digressions might seem like strange bedfellows on the surface. Perhaps that would be the case, in a split context. Which is exactly why sessions for ELEMENTAL ATROCITIES began with formulation of a conceptual framework that allowed each artist the greatest possible leeway to exercise their strengths.

Painstakingly-sourced field recordings were first assembled into an intricate sonic lattice, then sequenced, overdubbed & edited iteratively–as was the artwork. At each stage in the process, unanimous agreement was required before the next step could proceed. This resulted in two distinct pieces–which EARTHFLESH then singlehandedly molded into one cohesive 58-minute composition.