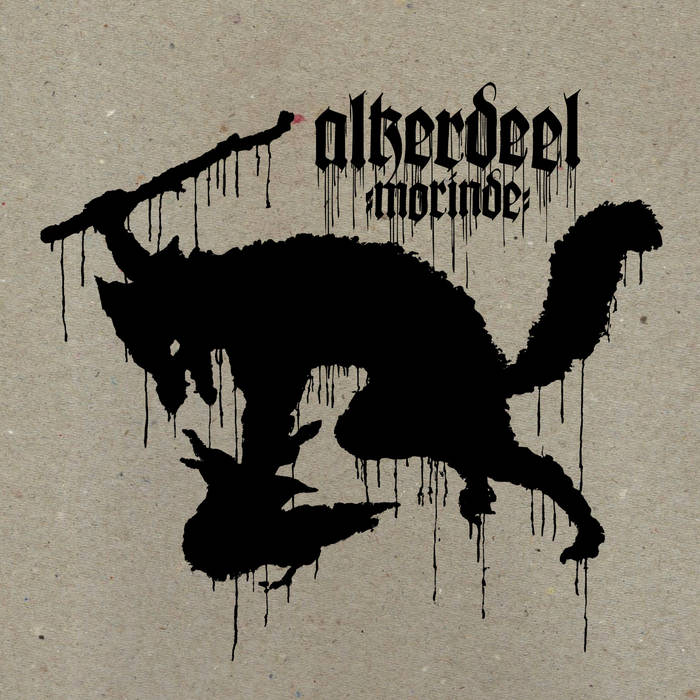 With this new edition of our monthy series we finish our triptych of looking at Belgian instrumental post-metal master Hemelbestormer and their roots. Their guitar hero Filip gave us a good idea of his thoughts about Alkerdeel’s seminal record Morinde. Filip surely does so in a typically Belgian way aka sarcasm galore.

Before Alkerdeel became Alkerdeel in 2005 its members roamed the sweaty and stale Belgian underground playing in bands like Headmeat, Welkin and, god forbid, Faustian Moon. Back in those late Nineteen-Nineties the local extreme metal scene was quite connected and in a later stage Hemelbestormer’s drummer played in Serpentcult (Thee Plague of Gentleman) together with Alkerdeel’s low frequency blaster Steven. So you can say we know each other.

However this doesn’t mean I liked Alkerdeel from the very beginning. Au contraire! Both first demo releases Luizig and De Bollaf sound horrible, literally. I absolutely adore low-fi productions, but it doesn’t equal rehearsal tape recordings. It took me up to Alkerdeel’s second full album, Morinde (their first one on Consouling Sounds) to get bewitched of their art. Still underproduced and uneasy to listen to, but in a more charming way.

The band always disagree with reviewers labeling them as sludgy black metal. They should know the first and last track always stick to the mind, and sorry guys, “Winterteens” kicks off with some kind of Eyehategod plays Mayhem guitar riff. But that’s basically about it. The rest of Morinde is more like droning black metal, harsh and unpleasant to cope with. The whole album gives a claustrophobic and dense impression, which is something Alkerdeel excels on with every record.

There’s also plenty of room for innovative bass loops, something that seperated Alkerdeel from other bands, which give me some kind of krautrock black metalish vibe. That’s something, and maybe it’s a strange comparison, which reminds me of Aluk Todolo. The track “Hessepikn” stands out from the other songs, because of its laid back and trancelike behaviour, something Blut Aus Nord masters like no other.

Also the 20 minutes lasting closing “De Levande” deserves to be mentioned here. Not only because of its length, this monumental track offers everything Alkerdeel stands for. For years to come, Alkerdeel stayed under the wings of Consouling Sounds and kept their own sound, but improved their style on Lede and the recently released Slonk.

You can listen to Morinde by hitting the Bandcamp player at the top of this page. To find out, if there are really any audible similarities between Alkerdeel and Filip’s band, you can listen to Hemelbestormer’s latest record below.

You can also check out what Knut had to say about it Hemelbestormer’s last release Collide & Merge here and our Norwegian wizard also did an extensive interview with Frederik from Hemelbestormer recently.

And you can also find our detailed interview with Jerome from Alkerdeel here or our review of Alkerdeel’s latest record Slonk.