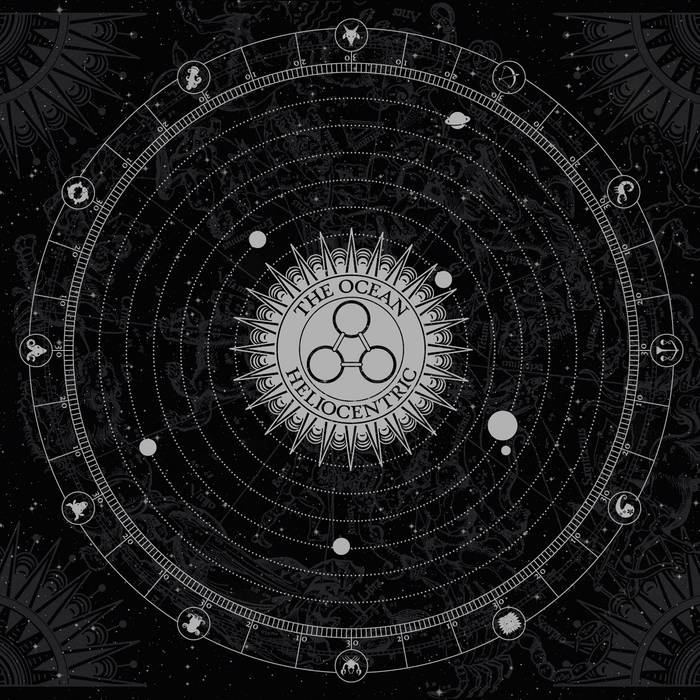 For our monthy series we were able to get a review from Stefan de Graef, also known as the guitar player in progressive-thinking Belgian Metal bands Psychonaut and Hippotraktor, both of which have been publishing various awesome records via Pelagic Records, the label run by The Ocean’s Robin Staps and Paul Seidel. And thus, it comes to no surprise that Stefan chose a record by The Ocean

The first album you hear of a band is usually the one that ends up being your favourite. With Heliocentric, this is absolutely the case. This is the album that got me obsessed with The Ocean. A friend sent me the video for the opening track “Firmament” somewhere in 2013 and I was instantly in love. I heard a band that had the perfect combination of complex, interesting music and a hypnotising, psychedelic atmosphere.

The album is digestible, but it has so many little intricacies that grab the listener’s attention. The balance between brutally heavy songs like “Swallowed By The Earth” or “The Origin of God” and beautiful calmer songs like “Ptolemy Was Wrong” or “Epiphany” is absolutely perfect and there is not a dull moment to be found. Even within each song, there are so many dynamics with extreme highs and lows. Songs are often temporarily drawn back to its essence, only to explode again later in brutal ecstasy.

The use of strings and pianos in metal music is something I had never liked until The Ocean proved that it could be done. Some tracks on Heliocentric don’t even contain any drums or guitars and rely solely on piano and vocals but still radiate exactly what the song needs to say. All these extras give this album something larger than life.

Production-wise, everything sounds very authentic with often only a single vocal track being centred in the mix and things like the occasional flat note being tolerated and that’s what gives it so much life. The same goes for the production in general. It sounds huge but it still sounds like it was played by humans and not computers. Massive respect to the engineer for capturing this piece of art in this way.

And that’s not even mentioning the beautiful underlying concept tying this whole album together. Starting with the Biblical Genesis story, the album travels through the revelations of Galilei and Copernicus, concluding that some of the teachings in the Bible must be wrong such as the Sun being at the centre of the universe, ending up finally at Darwin’s theory of evolution and the consequences this brought. The lyrics that support this concept are written very intelligently and fit the music perfectly. The album feels like one person undergoing a massive search for the truth.

The Ocean are a huge inspiration for us in terms of portraying a certain concept musically. Connecting music to a bigger story that is told through different chapters is something we all love to do and Robin Staps (composer) is a big example for us on how to do this honourably.

Heliocentric is one of my favourite and most influential albums of all time. The way The Ocean structure songs and write vocal lines that complement the guitars without being obvious is admirable. This album was Loïc’s debut as the new singer of The Ocean and he delivered an incredible performance. Since then, he has continued to grow and he’s by far my favourite modern metal vocalist. The songwriting is original and contains a lot of risks that many other bands would be too afraid to take. In a nutshell, this is why I admire this album so much.

The Ocean have a ‘behind the scenes’ studio report where the members talk about the recording process, the concept and much more. I highly recommend watching this to connect more to the album:

You can listen to Heliocentric by hitting the Bandcamp player at the top of this page. To find out, if there are really audible similarities between The Ocean and Stefan’s bands, you can listen to the following two links. The first one is Psychonaut’s contribution to their last EP Emerald (here is our a review on the whole EP with Saver):

And this is the player for Hippotraktor’s debut album Meridian (read our review on it here):