Stories From The Lost - Alternate Endings 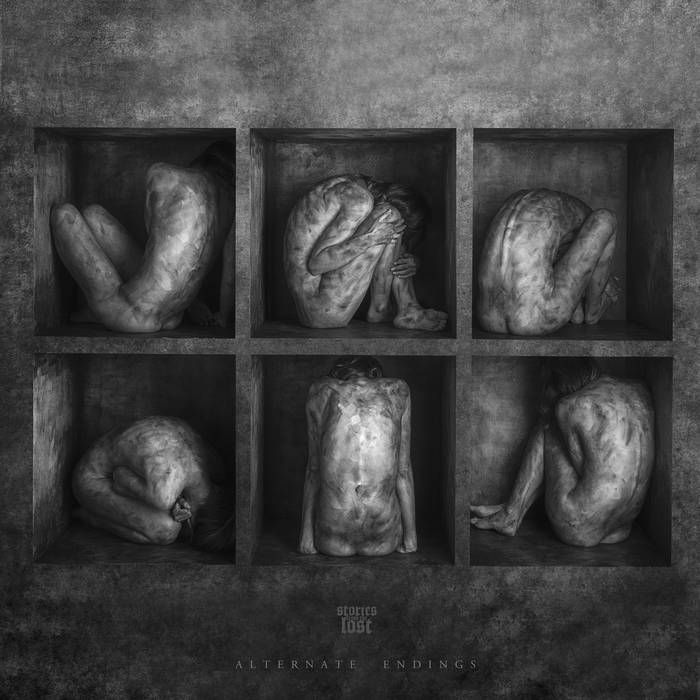 We were very happy when the first installment of this new series was welcome warmly by you readers and we are even happier to go some full circle with this one. The guitar player of Cranial was the first one in this series - and Cranial’s last record has the same name as the record reviewed by Mircea from Am Fost La Munte Și Mi-a Plăcut, whose last record was released on the same label as the record he reviews: Stories From The Lost - Alternate Endings!

I’d like to kick off this review by saying that it’s coming from a bloke who hasn’t listened to that many post-metal albums, making the lines you’re going to read as unbiased as possible. So if you see me saying stuff that relates to other music genres, go easy on me.

So, the first thing that spoke to me after listening to the first song of the album is the production and mixing, it’s absolutely flawless and all the instruments are in the right place and this made me feel that a lot of effort has been put into making this album.

So I’m gonna take a more hands-down approach and share my thoughts the album on a song-by-song approach.

”The Concept Called God” - Be it synthwave, gothic metal or anything in between, I’m a sucker for ambient pads and guitar swells. I think this song is perfect for opening Alternate Endings. I previously said that the production is flawless and polished, but the band and producer have managed to keep a degree of raw energy to the sound, which I think it’s just the right recipe for this kind of soundscape.

Next up, Stories from the Lost go a step further and get us going in experiencing a really mesmerizing trip with ”Of Savage Seas”. The third track, ”The Smell of Rain”, is probably second in terms of preference for me off this album. I just can’t resist the urge of nodding my head against a good groove and this song has definitely done just that.

”The Watchmaker” is by far my favorite song of the album and seeing it published on Dunk!Records’ official YouTube channel makes me think that I might not be the only one who feels this way. Lyrics, melody, drums, just perfect. ”Raven’s Misanthropy” is where things get really interesting and where the heavy riffs, doomy licks, dark bass and sharp drums either shine or get even darker. Can’t really tell, as I really enjoyed listening to this one.

If an album has that one song that sticks with you hours after the record’s done playing, ”Coma Vault” is that song. I’m not sure if the band is aware of that, but this is definitely that and “Tomorrow is another day.”

Epic ending, you want? Yup. We got that too in Alternate Endings: ”A Beautiful Downfall” is the perfect way to close off the album or even better, and keeps the listener thinking of what other endings to this album’s story are there.

All in all, I think the Zottegem four-piece has done an awesome job with this album and I’ll definitely be looking forward to hearing them perform.

You can listen to Alternate Endings by hitting the button at the top of this page. To find out, if there are some similarities between Stories From The Lost and Mircea’s own band Am Fost La Munte Și Mi-a Plăcut listen to their live record recorded live at Dunk! Festival in 2019: