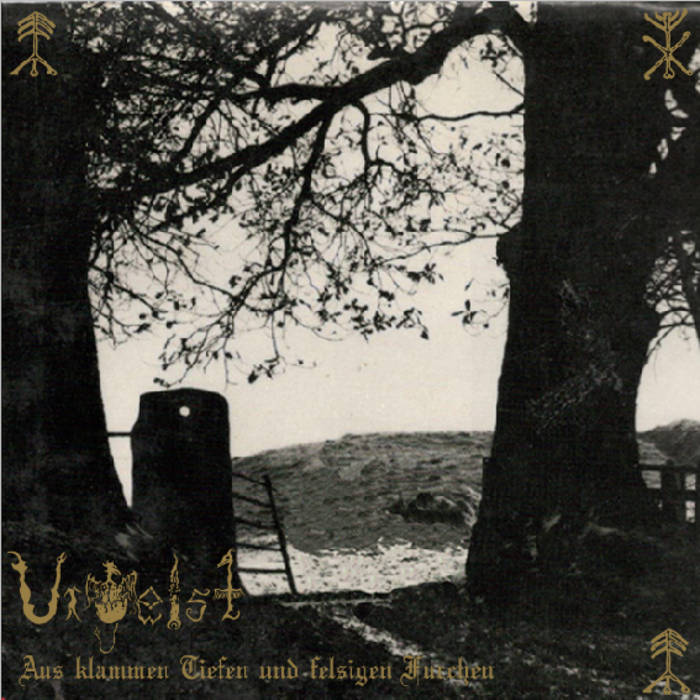 As part of our special about the HUC with also interviewed Urgeist. Here is what he had to say.

The Jew’s harp or mouth harp as an element has something wonderful, because it transports the audience via some kind of musical wormhole to the 19th century. Was this wormhole intentional? I mean, it is basically countered by the guttural vocals. Wormhole sounds somewhat primal and primitive. Guttural vocals and clanging guitars seem to be necessary to lift the fogs of enchanted impressions, which are haunting the grounds and valleys around here quite often. Urgeist is based in the blurry and comical fairly world of the Alps – old customs and traditional relics date back to the 19th century. I also use an inner-Swiss expression for that harp – a “Trümpi”; or ordinarily from the Bavarian dialect “Fotzhobel”. It seems to be – together with bone flutes – to be the oldest Stone Age instrument. In the term “Trümpi” one can also identify the stem for other musical instruments, namely in “drums” and “trumpet”. I myself am highly influenced by Anton Bruhin, a musician and visual artist, that has been building bridges between different countries and the experimental arts since the end of the 60s. He too has traveled across most regions of the world, where the mouth harp is being played, like Sakha, Hungary, Japan or the Muotathal [a valley and region in Switzerland]. I also got countless, cold-forged mouth harps.

You spoke about certain members of the HUC also having a very humorist character – is that also the case with Nachtjeger? I mean, the Bandcamp-photo of Urgeist is very funny and silly. The nanny-goats are fellows which I was able to greet during a crossing of the Valais Alps. I thought that were very friendly and not silly at all, as they talked with me about all the world and ignored my ghostly appearance. They spoke a lot about God, I spoke a lot about the world.