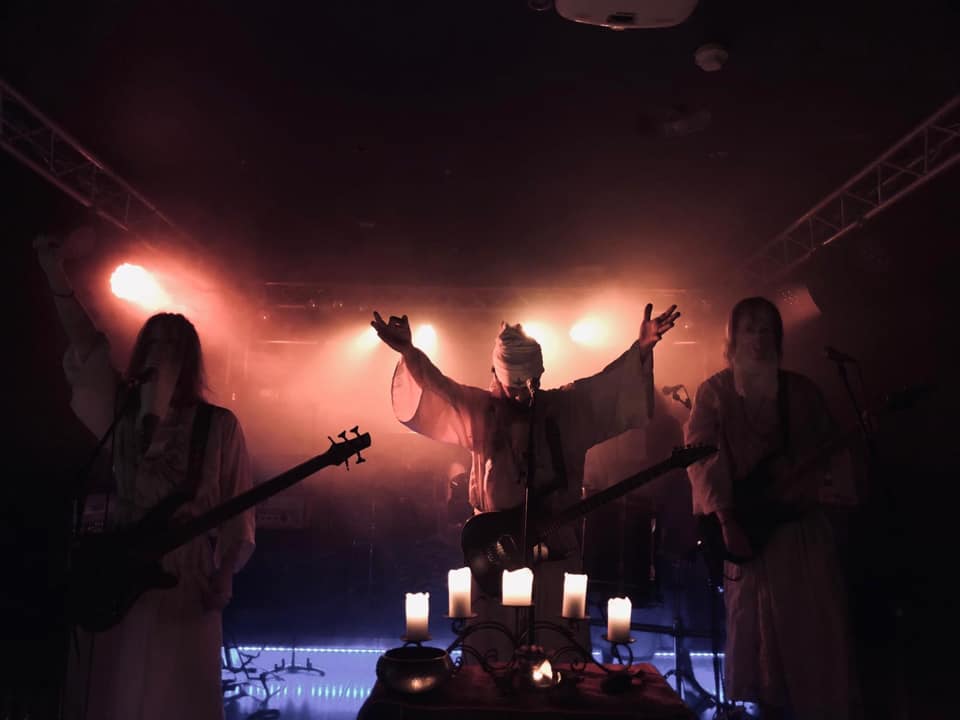 As part of our special about the HUV we also spoke with Dakhma. Here is what Kerberos had to say.

The tonality and the instrumentation are very interesting. To what extent are these “rituals”? The music sounds like a kind of pagan shamanism – is that intentional? The music of Dakhma has a strong inherent ritual and spiritual component because of the concepts of Zoroastrianism. But that has not a lot to do with pagan shamanism; moreover it is because of near-Eastern sounds and harmonies, which again can be retraced to the concept. Hamkar Atonement, a highly conceptualized album, can be seen as some kind of ritual, but that depends on the listener [and his point of view] and how one takes in the album. What is lost in this kind of music is the quality of the music and the riffs, which highly contribute to the record. A record, that is carried by a highly stylized but fake concept but which offers only boring riffs, is worthless. Then you are better off, when reading a scholarly book on said topic.

Could one see Dakhma as a kind of preliminary stage of Death.Void.Terror, as these releases are highly engaging with and carrying the listener away? No, Dakhma and its opus has nothing to do with DVT. Dakhma’s music is embossed with a strong compositional aspect and demands a very precise performance. DVT’s music on the other side is totally free from normal compositions and shows the so-called “Great Monolith” that leads the improvisation of the “practitioneers”.

The title and the “vocals” are very different from the rest – are these English words and sounds or Persian ones? Is that also the reason why “only” Kerberos and H.A.T.T. are real members of the band, because only they are interested in Zoroastrianism? The lyrics and song titles for Dakhma are mostly English, but partially also in the old, ancient, dead language Avestan. That Dakhma consists of two people, is not primarily because of the interest in Zoroastrianism and Zurvanism but because the output works best as a duo (from a creative point of view). Live we are five-piece being complemented by three other HUC-musicians.

Of course Dakhma uses “classic” metal instruments but are also Persian instruments used? Dakhma uses other, oriental-sounding instruments and percussion more and more, depending on what the music demands. The upcoming releases will illustrate that even more.