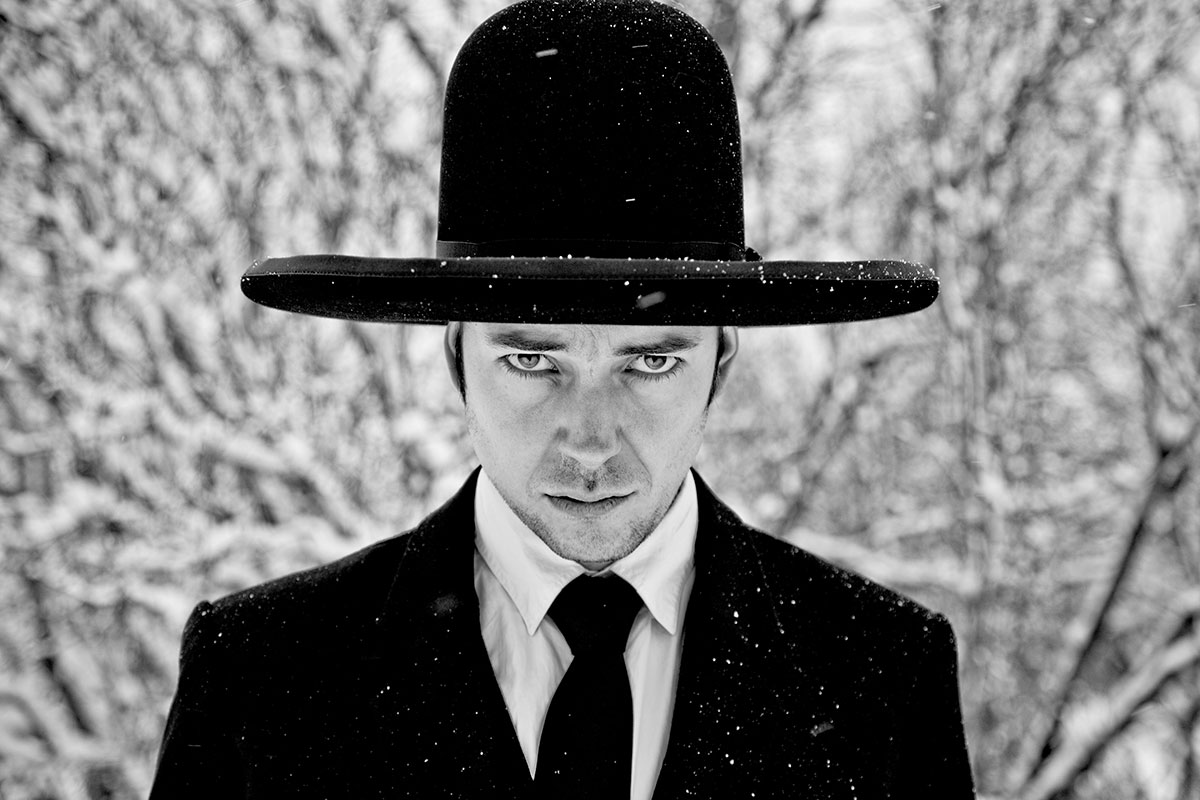 Johnny Cash’s “Hurt“. Soft Cell’s “Tainted Love“. Jimi Hendrix‘ “All Along The Watchtower“. But also Travis‘ “Baby One More Time“. Type-O-Negative’s “Cinnamon Girl“. Clem Snide’s ”Beautiful” Or even worse, The Calling’s ”London Calling”. U2’s ”Fortunate Son”. Limp Bizkit’s ”Faith”. Yes, I know that you know – all of these are cover versions. Of course you know, as the title to this special already implies. Today we want to have a look at cover versions and what makes them good or when do they turn sour? There is also a cause for us to do so: the release of a really great EP by some friends of ours. Årabrot from Scandinavia, whose Heart-EP is out today. We have a lot of goodies, so just move along and enjoy!

When we heard about Kjetil and Karin doing an EP full of cover versions it manifested right before our eyes - ’We gotta do a bit more than just a review, we gotta dissect the art of cover versions!’ Well, of course the ONE question always connected to cover versions is a simple and simultaneously most difficult one – what is a good cover version? Must it be a complete homage not changing too much, like Peter Gabriel did it with The Magnetic Fields’ classic ”The Book Of Love” or the Faith No More cover of ”Easy” (which only differs in that remarkable ”uuurrghhhhhhhnnn” moaner Patton gives at 1:54)? If covering artists want to show their respect for a song which, in their opinion, is perfect – then this way is the way. Listen to Nirvana’s version of the Bowie-classic ”The Man who Sold the World” and you can hear that the only thing they changed is the tuning more or less. Nevertheless, the track gains a completely unknown quality when performed by Kurt Cobain who at that point already had suicidal tendencies. And to make it clear, even if a band like In Flames covers Genesis’ ”Land of Confusion” there is not that much of a change, in my opinion, only because they riff it out much harder, speed it up one notch and switch the vocals into Melo-Death-mode. It’s basically the same structure just in a different notion. A good cover, even if it is not a real change to the song; however, converting a song’s genre is not always easy, because the novelty factor only goes such a long way.

Is it okay to have genre cover records like the Reggae series by the Easy Star All-Stars who already did whole albums with songs from one band like Radiohead (named Radiodread) or also releasing albums covering one record from beginning to end like Dub Side of The Moon? The answer is “YES of course it is okay!” However, if you consider the fading novelty factor, it becomes obvious that using the same concept over and over again for six, seven, eight or more times will erode the first time it was done. This has nothing to do by the way with the question whether a certain level of humor can be good for a cover. There are several examples of artists who have built their entire career on such cover versions: Richard Cheese, who’s the perfect embodiment of a Swing and Jazz crooner doing covers as diverse as ”Creep” or ”People = Shit”, ”Insane in the Brain” or ”Relax”. Eläkeläiset, from Finland, whose versions of classic rocksters in their own Polka-affiliated Humppa-style are sometimes so hard to distinguish that I have seen friends bite their hands because “Oh I know it, it is… it is…. Oh man…. Shit!” If you want to know what I mean just listen to their record Werbung, Baby! and believe me, not all of them are as easily distinguished as ”Hump” or ”Hotelli Helpotus”! Or the master of novelty covers, Weird Al Yankovic, who has been using the same strategy of either changing a song’s genre to Polka or keeping the structure but changing the lyrics (prime examples here: ”The Saga Begins”, which is a complete narration of Star Wars – Episode 1 The Phantom Menace laid atop of ”American Pie” or ”Amish Paradise” where he took the music of ”Gangsta’s Paradise” but talking the Amish people of Lancaster County, Pennsylvania). Humor doesn’t necessarily imply a lack of originality or quality. As long as the new version has its own musical right of existence that is totally fine, but remember that repeating the same formula over and over again can be too much of a good thing. Originality on the other side doesn’t always imply a higher level of acknowledgment because if you completely slash an original only for slashing’s sake then beware because taking a song, stripping it of its melody and maybe also its lyrics will make it indistinguishable and isn’t that also part of fun of these versions? If you wanna make it hard for people to recognize the original, fine. No problem. But beware, if you make it too difficult to recognize it, then people surely will not listen to it for a second time because they feel as if they have not been outsmarted but led astray. Therefore one of the nicest covers I know is for example The Disposable Heroes of HipHoprisy’s version of the old Dead Kennedy’s track ”California Uber Alles” - easily recognizable, but great because of turning the hardcore-punk classic into a mellow 80s Native Tongues-like HipHop-track. Oh, by the way, when HipHop-artists use a sample from a song – that doesn’t necessarily count as cover because, to me, a cover implies that more than two or three seconds of a track for your own version. These tracks to me are more of an interpolation, but not a real cover. A second awesome example of such a cover version is the very spooky Alkaline Trio-version of the Misfits’ track ”Halloween” which they recorded for and released at a Halloween show decades ago back in Chicago.

Now some of you might wonder, why even bother that much about cover versions? Well, first of all, because they are really fun and second of all, because sometimes one can discover awesome original artists because of a good cover. For this, let me give you a personal experience: I had never heard of N.W.A. until I heard Stretch Armstrong cover ”Express Yourself”. As I knew that the emo-band had a certain calling to end their records by adding an unlikely cover (they had covered The Counting Crows’ ”Angels of the Silences” and Pink’s ”Get The Party Started” two years before) it was clear that this track was also a cover. And so I went ahead to find out about the original – and bamm, I had found another amazing act I had never heard off before.

However, we still have not gotten to the real answer here, right? So when is a cover version a good one? I would say it takes two things: the new artist doesn’t try to ridicule the original artist and is aware of what to do with the new version – give it a new twist or stay true. Both are fine with me, but a mix of both is not necessarily a good idea. If the original is already a funny thing, don’t try to “out-fun” it. If it is a really, really sad track, don’t try to make it even more suicidal. And don’t butcher it to the completely unrecognizable bloodbath.

And now there is not much left for me to say apart from: Enjoy the Heart EP, listen to our detailed interview with Kjetil, listen to our playlists, read Stephan’s review and then tell us which is your favorite cover version ever? 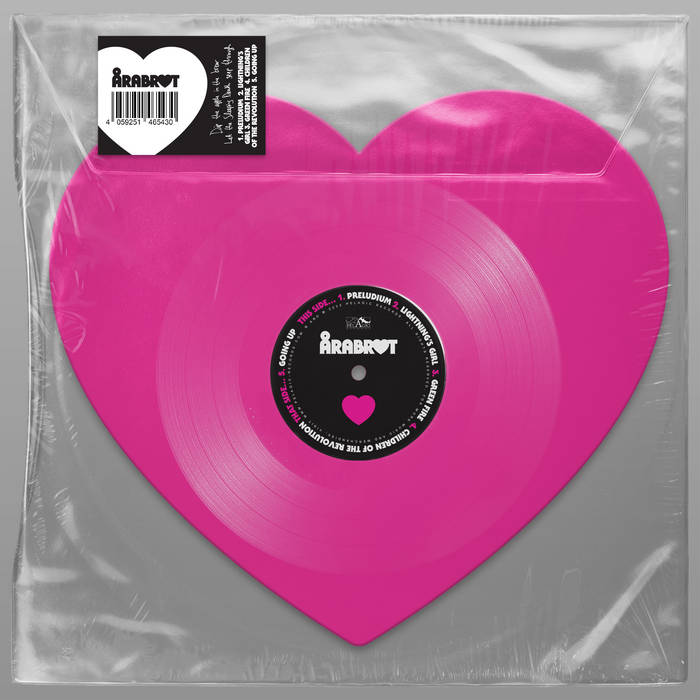 In the ideal case, a good cover version will sonically or substantially re-contextualize the original. In that spirit Årabrot start their covers EP with a snippet of Serge Gainsbourg’s “Je t’aime”, taking it even further by stripping it off everything but a church organ and rather corporeal sounds of love. Yeah, I watched season two of Fleabag, you guys! But that’s just the “Preludium” to the actual full songs. “Lightning Girl” seamlessly queues into Årabrot’s own repertoire, while it also shows another desired quality of covers: They simultaneously can get you hooked on the original artist – and thus one might realize that Nancy Sinatra’s recordings in the 1960’s were actually surprisingly sick and heavy in their own way.

Diving deeper into the past, “Green Fire” from the 1954 Grace Kelly-movie obviously departs the farthest from the original, with a much more revolutionary feeling, yet without ever disrespecting composer Miklós Rózsa’s intent. Speaking of revolution: Previously released on Morten Traavik’s Elitism sampler, T-Rex’ “Children of the Revolution” lends itself (almost too) naturally to Årabrot’s Post-Punk/Hardrock-furor and immediately feels like the quasi title track of the release.

Their true artistic Heart however beats in the twelve-minutes challenge of interpreting post-industrialists Coil in an again very organ-heavy cover of “Going Up”. There isn’t much to add to the original’s density, but Årabrot are not only good at keeping up with the instrumental, but they crown it with a piercing standout performance of Karin Park, whose wailing has never reminded me that much of Elizabeth Colour Wheel-singer Otay:onii before. Goosebumps! Heart works as an artistic statement summing up a great part of Årabrot’s range and spirit in a compact format, yet also invites you to revisit – or discover – its sources and gladly stumble into these seductive rabbit-holes.

Our interview with Kjetil

Kjetil's further inspirations that aren't on Spotify or Bandcamp:

Klaus Nomi - “You Don’t Own Me” (originally by Lesley Gore)

PS: Our response playlist will follow this weekend - there are just way too many to choose from!