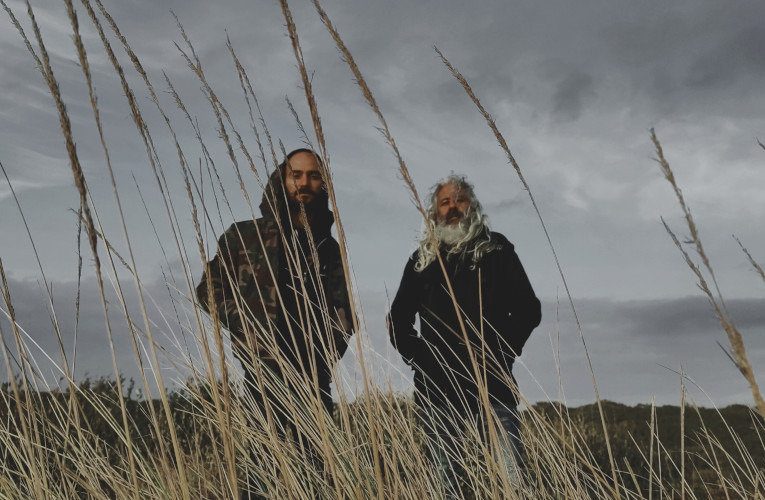 Whenever our connaisseur Knut praises a band highly we all listen carefully, as he has heard and seen ‘em all. Thus when he reviewed the last Cultro record Phlegethon as highly as he did, many ears were turned. When he announced to do an interview with the band we were really happy. When the band turned our questions into a miraculously engaging video with subtitles and all, we were impressed. And our words cannot in the least express our gratitude. Thank you Alessandro and Marco. And everyone should listen to this band, and read or watch this interview!

Cultro, the Italian band based in Rome were formed in 2014 and in December last year came their third release, Phlegethon. An album based in Post Metal/Atmospheric Metal, but bursting the bordes of this genre with broad, deep and mighty composition. You can hear influences from electronic music and folk music, but also from myths and legends seeping through European culture. We simply had to ask them more about the album and about how they compose this impressive music. And they answered both in the interview below and with a video they taped for us. Do not miss eiher of these or their music.

This video is really one of a kind - so please watch the video if you have the time (roughly 13 minutes) - or if you prefer the written, readable version, just scroll downwards

The name of the band gives way to some associations and mysteries (together with the artwork). Tell us about the band name and how you came up with a band name that fits so well with the music you make?

ALESSANDRO Since the first rehearsals it was clear that our sound would be much more than straight post-metal, with big influences from ritualistic folk music, and when I found the word “cultro” (ancient roman sacrifical knife) it was done: it sounded perfect for what we were going to aim for, both for the thematics and the music we were composing.

How was the band formed and what (musical and contextual) visions did you have when forming it?

MARCO We met with the precise intention of setting up a band, having so many shared musical tastes, but also lots of differences that actually brought us towards the definition of the sound we have now: complex but at the same time well defined. Personally, I wanted to convey all my influences from metal, folk and electronic music into a single project.

Metal related music is not for everyone, but when one breaks the code one never leaves this music. What was the first album you remember that got you into metal music? What inspired you guys to compose and play metal related music?

ALESSANDRO My first metal album was Killers, by Iron Maiden, but I wasn’t playing metal back then, I started with the early 2000s wave of bands like Isis, Neurosis, OM …

MARCO My first metal album was Ride The Lightning by Metallica, but I was definitely pushed into playing more extreme metal like Individual Thought Patterns by Death. My first experiences in music, after some punk bands, were in brutal death metal bands during the early 2000s.

It seems to me, I might be wrong, that the new album Phlegethon is a direct continuation of the path you set out on your previous album, Horizon, especially the last song on that EP. What is the process of composing these expanding tracks like? Do you have a main composer?

MARCO No, we don’t have a main composer because, in fact, we are actually a duo, and we both have a very personal way to compose and play our respective instruments, so our efforts are always towards integrating the ideas coming from both sides, to converge into a single, original (we hope), body of work. As you say, we probably have found our current sound during the creation of Horizon, personally also on the engineering side, and kept on walking in that very direction, that could as well evolve on the way to the next release… :)

The pandemic has had a huge impact on our lives the past years. You recorded this new album during the pandemic. How did the pandemic affect your composing, rehearsing and recording?

ALESSANDRO My way of composing was not affected by the lockdown, but it was totally impossible to rehearse though, but we managed to get the results we wanted anyway.

MARCO Our way of composing has always been based on the exchange of recorded tracks, so this was not affected at all. As for the topics we face in our music, they are quite far from the external world so I think this aspect also wasn’t very much influenced.

When entering the studio – how clear-cut is your vision of what will come out in the end? Do you plan any space for improvisation ahead of or during the recording process?

ALESSANDRO Our goal is always 100% clear to us. The way to reach that goal, instead, is very much based on personal improvisations, sound experimentations and arrangement refining. Even if everything is perfectly planned for the recording sessions, the approach on the instrument is still the most spontaneus and as human as possible.

The name of the album and the name of the tracks are immersed in mythology and religion with the album´s name being one of the five rivers in Hades, the river of fire. That gets our imagination running. How do you approach the narratives of these myths and legends when you compose? What comes first, the legends or the music?

MARCO Music is before everything. Then the lyrics come, as a complementary part of the sound we set up, trying to find coherence between the two: there is always a common thread between all titles, lyrics, and the sounds we use. They can be not so explicit to everyone, but this is part of our way of interpreting and expressing art.

The cover shows a kind of door and unlocking this you will step in to the vault of Cultro´s vast post metal related sonics. Can you give us the concept behind the artwork and graphics of the Phlegethon album - on the CD as a whole, because it is quite an iconic one?

ALESSANDRO the concept of the album is “condamnation” and “punishment”. The door is an ambivalent symbol for reclusion (like the souls confined in the river Phlegehon) and exclusion (like in ”Banished”</b>). But it is also a symbol of the struggle for knowledge and understanding: the choice to unlock the bolt on a door to give attention and understand what is inside, is in the hands of the one willing to do so.

We also have to mention the videos you have on YouTube, the one for ”Atlas” and the other one for ”Golem”. Can you tell us the ideas behind them and how they came about?

MARCO ”Atlas” is based on the idea that every human brings on the weight of his own existence, in a loop, without the chance to be freed from it. ”Golem”, instead, is the perfect synthesis of human arrogance, creating its own oppressor… And also, I am a big movie lover!

You state on your Bandcamp site and on Facebook that you are a post metal band and at the same time, for me, you are clearly pushing the boundaries of what we might understand as post metal. How would you comment on that?

ALESSANDRO This is a compliment to me, because I think Cultro cannot be confined into a single definition, post-metal is just an indication for the audience.

How did the collaboration with Lycia happen?

ALESSANDRO The song was already complete, I just had to record the vocals. I am a big fan of Lycia since the 90s, and I am so fascinated by Mike’s way of singing and the oneiric voice of Tara. So I thought of contacing them: I just wrote to Mike, without knowing him personally, and he was enthusiastic about collaborating as soon as he heard the song. The same was for Tara. Everything was extremely smooth , because they made it possible to be so. I take the chance to salute and thank them again here.

Do you think you will play the music from Phlegethon live some time?

MARCO I hope so, even if the historical moment is not helping at all. We’ll see.

ISIS for sure, Neurosis, Bohren and Der Club of Gore, Om, Deru, The Haxan Cloak, Dead Can Dance, Godflesh and Jesu.

Which places and band(s) from the scene in Rome should we and the reader check out?

MARCO As venues I would mention The Traffic and The Monk, the ones we attend the most.

ALESSANDRO As for the Roman scene, not to be unkind to anyone, I would just mention the renowned Lento.

So, here is our infamous quick round of questions, hope you can answer them:

King Crimson or Neurosis?
M: Neurosis
A: BOTH

Oslo or Gothenburg?
M: Sorry, I am a sun-lover, so none of the two.
A: I have never been in any of the two, so who will host me? I don’t discriminate.

The sea, the woods or the mountains?
M: All of them
A: The sea