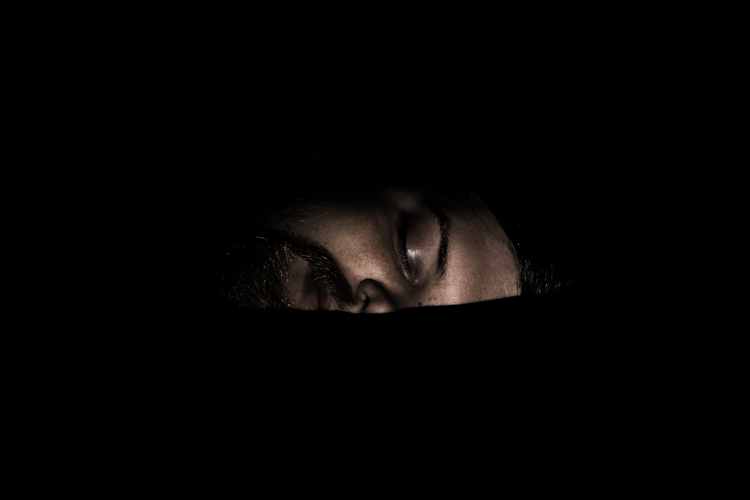 A few months ago we already had a premiere by Eeli Helin, which was a wonderfully droney, horror-like thing, and now we are more than happy to premiere “The Village”, one song off his upcoming album, Vestibule, out in November.

Vestibule, an architectural term for something like the entry hall into larger buildings, is somewhat of the opposite of his last record, The Lurks, as this is much offensive and much less introspective than the predecessor. It is biting and scratching, it is hitting the audience with power, with noise, with Aphex Twin-like elements that Eeli once called “Glitch”. However, the sounds have nothing to do with the electronic music style but rather with the clipped-off effect of distorted sound, when it seems as if they have been cut off, but not sharply and directly in two, but with a diagonal cut, so that the first edge becomes a mili-second before the second edge as if sliding down the sound.

Thematically, Eeli seems to have been influenced by certain places that occupied his mind, like Baku (the home of the “Teze Bazar”), Puerto Rico (“Teatro Tapia”) and others, with India being one major influence and featured in songs like “Kavadi Attam” (which is a ceremonial offering practiced during the worship of Lord Murugan, the Hindu God of War), “Feather Monsoon” or the track which we premiere here, “The Village”. All of these places seem to be united by a sense of lurking danger, as if we are witnessing that last moment before something terrible changes it completely and ultimately.

What does the artist himself say about the new song?

“‘The Village’ is the harshest and most unsettling song out of all of those on Vestibule, but aptly emphasizes on the kind of eerie and ominous atmosphere I wanted to pursue with the entirety of the record. It incarnated in a multitude of ways, at least to me. and on ‘The Village’, the palette colouring this canvas is a particularly sullen one. The story behind the song revolves around a certain village in India once infused with life, love, and people, but which is now bereft of it all for reasons unknown.”
And now, without further ado, enjoy the stream.