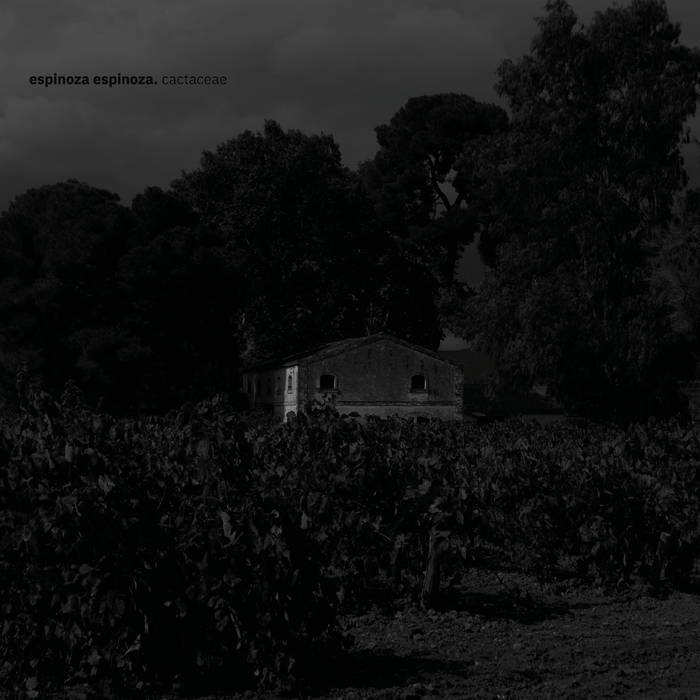 There are song, album and video premieres - but this is a DAY premiere! Espinoza, Espinoza from Barcelona premieres the 24-hour-stream of the new 24-hour-album here on VoS!

A 24-hour-long stream by an artist specialized in everything electronic is surely nothing from the everyday shelf on the spice board in your kitchen, but it definitely gives you something you will not forget too quickly.

The anonymous artist from Barcelona releases an album that spans 100 songs and 24 hours full of highly diverse music. The listener will encounter harsher beats and noises bordering on Drum’n’Bass with lots of reverb and distortion cutting through the structures like a wrecking ball cutting through dried up trees (compare “Thelocactus matudae”). Then again it sounds as if it’s the pluckering soundtrack to a Sci-Fi-thriller in which we witness the hunter stalking his future prey which knows nothing about the aggressor’s plans (“Aylostera”). Or one witnesses the ambient passages of an airplane taking off in slow-motion so that each single second seems to float on the airwaves (“Ferocactus latispinus”).

Those among us who know their Latin terms for flora and fauna might have recognised that the tracks are connected via a certain theme: the self-sufficient cactus which is the master at maximization of resources when in dire need of them.

Even though there is a red thread going through the songs (maybe rather the green line of a cactus fiber) the songs themselves are not really connected. Each could each exist on its own and maybe that makes this collection even more interesting as everyone could find a new favorite electronica track on this vast compilation.

Note: Due to technical problems we have to embed the Bandcamp-link for all of you - but good thing is: It’s not restricted to 24 hours only!