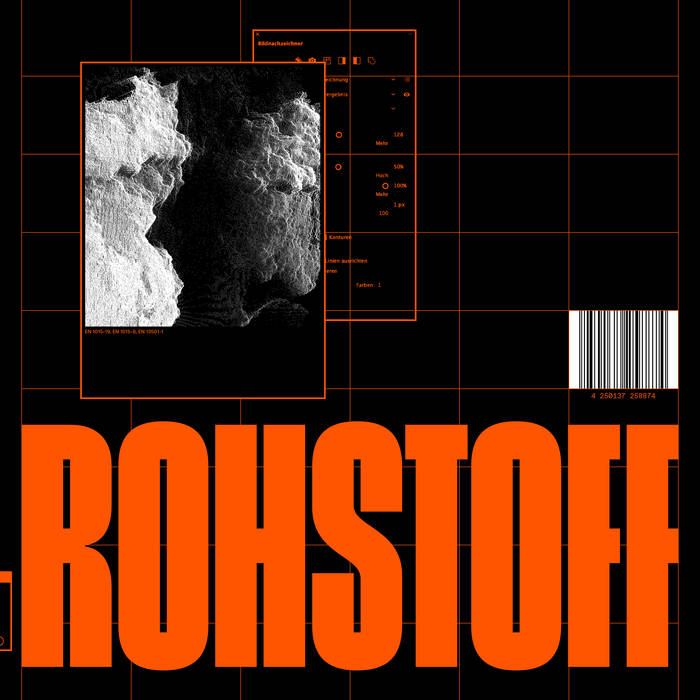 Quite often when talking about Kraut-Rock in any of its manifestations one question arises that might be hard to answer: Why should one listen to a form of music whose major quality is the repetition of some plucky-pucky spaces so that the ebb and flow is the only constant?

A good question indeed, but maybe one can use Zement‘s new single “Entzücken“ as the basis for an answer. The song opens with a little bit of feedback and noise, only to transform into a floating embodiment of the tides which will serve as the continuing canvas. Onto that canvas, the duo from Würzburg, Germany, will throw some midi-form-like 80s synth-elements, some circular soundscapes that bounce back uncontrollably and some well-timed beats that become louder and more quiet in just the right moments. The whole, nearly eleven minutes are one gigantic ride through Kraut-Rock history, so to speak, from its synth-space-beginnings until the modern forms of bands like Föllakzoid or Maserati.

Of course, Kraut-Rock, and therefore also Zement (which in English means “concrete” and that has nothing to do with their lofty music, a very nice oxymoron), has one aim and that is to induce a kind of conscious unconsciousness. We shall be aware of the present and by listening to that kind of music, slowly falling into a trance and letting go of the present. However, that letting go is a conscious one, it’s not a forced one, as the music is more a chance to initiate and accompany that process. When listening to the next few tracks of their upcoming debut album Rohstoff (“natural resource” in English) this idea of making people lose themselves in and because of their music becomes even more apparent.

However, the guys did something really really clever for their video: They did not place the music at the forefront but created a fictitious contest – the “Hot Noodle Fight Championship”! ”Entzücken” is thus the theme song for the “fight”. An idea that has already been done a few times, for example for Daft Punk’s ”Da Funk” or the Beastie Boys’ ”Sabotage”. This video works more in the sense of the former, it is a mere background music, while the ”Sabotage”-video uses the roughness of the music to lead the audience through the track. Here the video and the music really have nothing in common, and yes, the video is very very funny. It is a wonderful homage to all the non-sports-competitions that are being made up to be bigger than they really are. It was made especially for the song and one cannot but admire the actors’ professionalism. They did as wonderful a job as Zement did when creating this meandering, breathing version of Kraut-Rock for the 21st century which we can hear while watching this hilarious video: