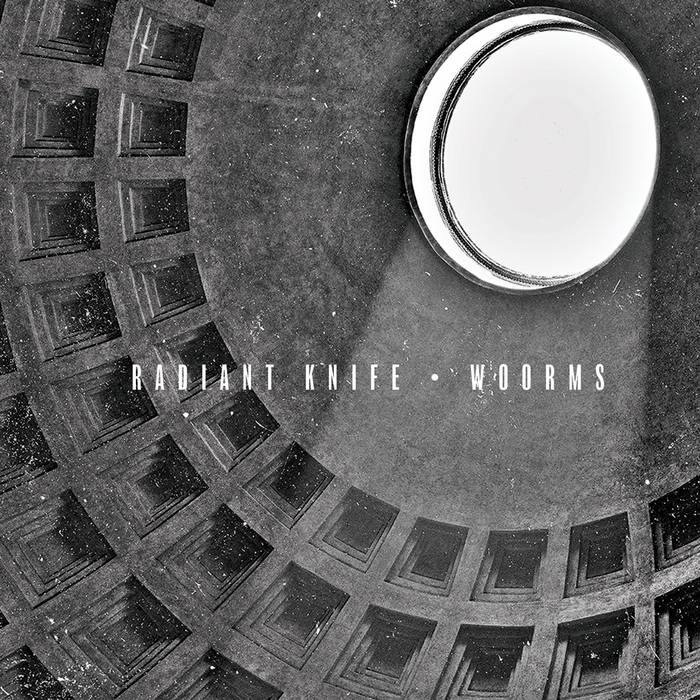 In 2020 Radiant Knife released two highly-praised records The Ghost and The Body while Woorms also released Twitching, As Prey, a record that also received a lot of attention. Now both bands release a mighty Split-EP together and both bands know how to catch someone’s attention!

This is a joint release by two Louisiana-based bands with both playing a highly effective variant of sludgey post-metal. All six tracks (equally distributed among the two bands) are unreleased material with Radiant Knife’s track having been recorded in a near-live environment for Mutants of Monster virtual fest and two Woorms’ being outtakes from the recording session of their second album Twitching, as Prey (released last year March).

Radiant Knife are a bit more straightforward in their approach, which doesn’t mean that their tracks “only” rock – there are some synth-supported group chants – not shouts, chants! (”Give Yourself Away”) or play with rhythm and groove developing some math-rock-like qualities (”Ghost Samurai”).

Woorms’ tracks are a bit more experimental featuring vocal sample intros (”Fanatic”), some harsh noise reverbs (”Double Living Child”) or also some viola melodies (”One Hand Washes The Other”) - the trio is open to sound a bit like a sludge variation of The Body, which becomes clear when listening to the near-tribal elements in the last track.

So, one can easily see: If you like noise, sludge or generally post-metal with some more mathy or more experimental aspects, then this split EP is right up your alley! Check it out and be a friend, tell a friend – these two bands deserve a lot more attention than they are getting!