Albums of the year by Thorsten 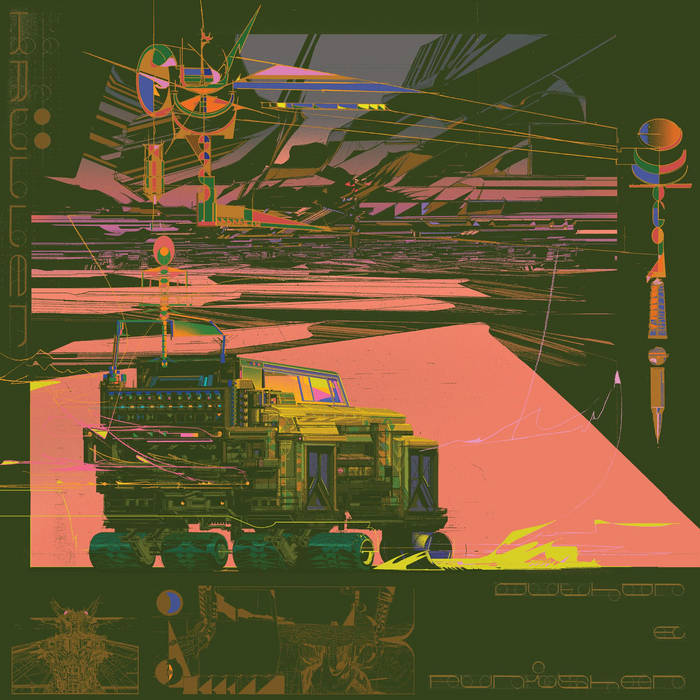 Please say that releasing a record early in the year can have disadvantages as an over-saturated audience might tend to forget the records that were released in the first quarter of the year. I myself tend to think otherwise, because these releases also have an advantage as the records got a lot of time to grow on me. Krüller never needed time to grow because it broke onto my synpases from early on and never left them because its soundscape is nothing but perfection! It is clearly Author & Punisher and yet shows many more elements one would not have foreseen: Loads of Shoegaze and melody which are incorporated perfectly into the unique A&P-sound. Where will Tristan go from here? I can hardly wait! 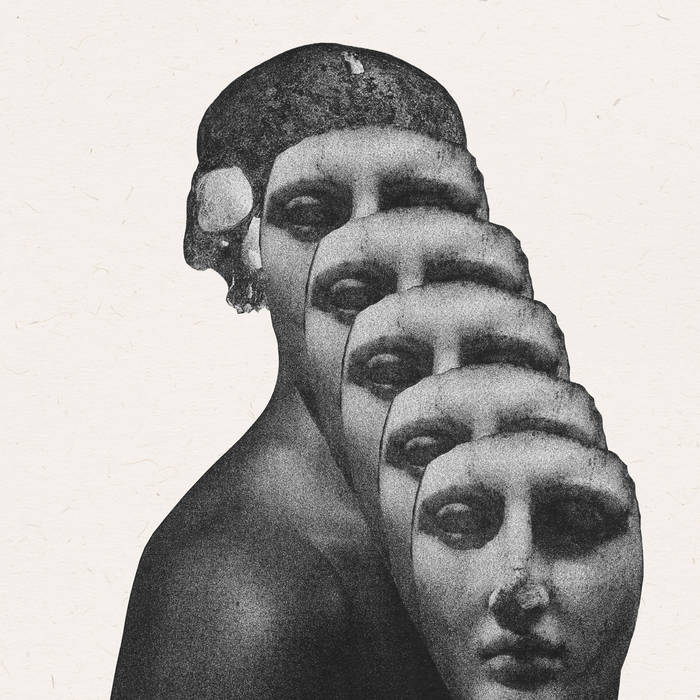 Ultha - All That Has Never Been

Ultha has been my live-band of 2022 as there is no other band I saw on stage more often than the Psychedelic Black Metal masters from Cologne. That they gave us a surprise album we were allowed to hear ahead of its release made it possible that this is the album I spent most time with. Every track is pure magic as if the guys had managed to encapsulate the soul of Pink Floyd and crossed it with the elements that made Ulver so important for Black Metal. Dare I say that - in a perfect world - Ultha will become as important? 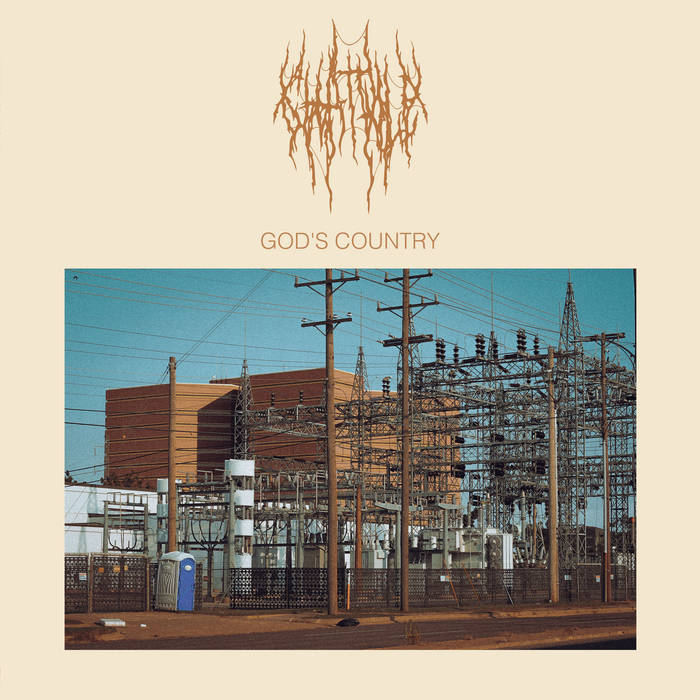 Here is a band that has grown on me like a mold or fungus. When I first heard this band on their 2017 LP I was unimpressed and a bit amused (a band of this sort of Post-Rock stature covered Drake). The pitfalls of the last album have been corrected here and the band shows they are more mature than they were five years ago. They still present themselves with wit and sarcasm but there is a much larger rhythmic presence than there was previously. The synthesizer also is the main voice of the album, it pairs well with the various Blues melodies. With increased focus, their music escapes the fragmentation many Post-Rock bands suffer from. Each song, by its final section resembles a different song. However, the prior journey provides enough context that the existence of this transformation is justified, and welcome. The song pieces do not synthesize to create a song, rather there is a present voice (a saxophone, industrial drumming, organ etc.) that guides these mosaics of noises into their various sections, they do so without seeming too cluttered, they also take into account brevity (the absence of which is a blunder for many bands in this vein). If you like Krautrock, this album is surely for you. 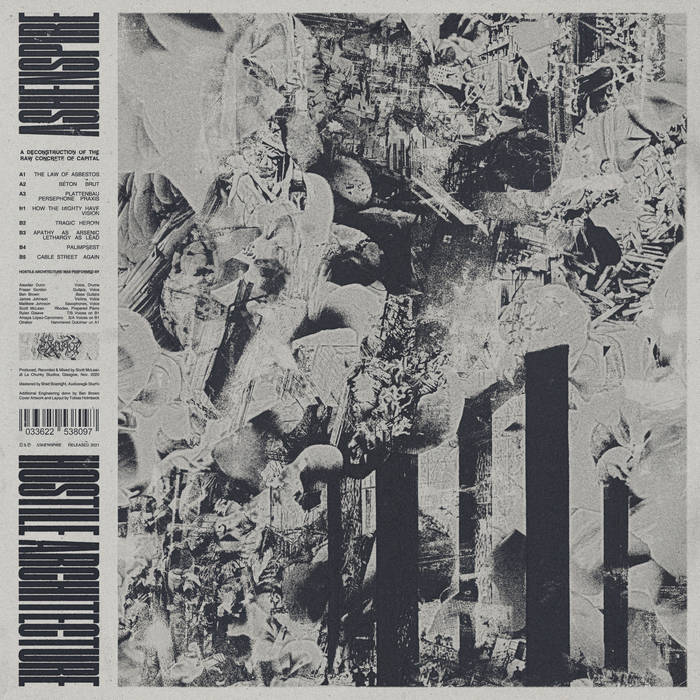 Aveilut has warranted all the discourse surrounding it. This is yet another very impressive album The Flenser have in their repertoire. The idea of Aveilut began before the pandemic, but it would only be recorded during it. Brendan Randall-Myers and Doug Moore (the two members of the project) were not only isolated from each other, but from the rest of the outside world too. We all endured the pandemic, so we know how it affected us. Musicians were affected just the same, and this alienation, loneliness and sorrow, felt by everyone at the time, crept into the heart of this album. It can be bitter, woeful, or any of the aforementioned traits above, but there is one factor that separates it from being solely defined by alienation: it is human. Of course I personify it metaphorically, it has no organs but the real, human suffering poured into it makes it unique. It doesn’t convey what it means to be human like other albums, it does it in such a way it truly feels human. There is a philosophy present that separates itself from what has become modern Death Metal and modern Black Metal. Enough about the wonderful premise behind the album though, let’s discuss the sounds. The album garners a large sound, it is a big body of notes organized in a way reminiscent of Glenn Branca. It is dense like how Krallice and Yellow Eyes are dense, it parallels them nicely, especially with a slower pace that spends more time elaborating than its counterparts and this makes the finale massive, like a glacier. This album is cold, but I can feel a pulse in all that dark and all that cold, it breathes without hyperventilating and finishes without dying; this album is the sort that sticks with you.

Hands down this is my favorite album of the year. This is the pinnacle of modern Hardcore, I haven’t heard anything this energetic, this youthful, or this genuine in a while. I have to be careful when I turn on this album because it makes me want to mosh, and it fosters a craving for revolution. I can imagine Soul Glo makes me feel what Minor Threat made my father feel: excited and dangerous. This draws from the whole well of Hardcore be it Grindcore, Rap Punk, Post-Hardcore or what have you, but I doubt the members knew that was what they were doing. The Hardcore here is as it always was, just with the benefit of everything that happened before it. Pure adrenaline, that’s the best way to describe this album.

Pharmacist - Flourishing Extremities on Unspoiled Mental Grounds Carcass going Prog? Awesome! However I will warn some, this band likes their gore. The album begs for only the most vigilant Death Metal fans, as its technicality is played differently than most of the other popular Tech-Death bands. It is technical in that each song is a movement, not each moment is a song. Again, like early Carcass, amidst all the gore Death-Metal, there are some classic Heavy Metal melodies.

Chat Pile - God’s Country This was a very anticipated album by many, and it definitely delivers. Along with Diaspora Problems, God’s Country is a great Punk album. There is less energy however, not to say it is solemn though, it is a bit introspective and menacing which prevents it from being as energetic as it probably could have been. Overall, this is another testament to Hardcore with slight nods to the likes of Unsane. The album is defined by menacing sounds painting this picture of dystopia, a reality I am sure they drew from for inspiration.

Billy Woods - Aethiopes Aethiopes refines what Billy Woods has been doing throughout his entire career. With the help of producer DJ Preservation however, the tormented Industrial-Rap of Billy Woods distorts itself even further. What was once disturbing is now sheer horror amplified by Psychedelia. The product of their two minds are tangled vines that challenge the listener. The album reminds me of a “Warning, Do Not Enter”-sign posted crookedly on a rusted chain-link fence outside a dark forest. This is no ordinary forest, the trees consume the dark sky and the energy is visceral, perhaps even foreboding. Most of the tracklisting is drumless, so that the focus can be the dissonance and Billy Woods’ poetry and theatrical samples.

Wormrot - Hiss One of the loudest Grindcore bands to do it, they mature completely on Hiss. Before this album Wormrot were practically the heirs of Pig Destroyer with their blistering speeds and fragmented, mini explosions they called songs. Their albums were grating how any other good Grindcore is grating, but they are almost a completely different band now. Flashes of uninterrupted speed are still there, but just slightly less present. In their maturity they have adopted a sense of elegance, some songs are ethereal and ghostly. Grindcore has never sounded so dynamic.

Astrid Sonne - Ephemeral Camera Feed In sound, Astrid Sonne is an avid Brian Eno pupil. Like Eno, her Electronica is abstract to the point where it’s only vaguely familiar. Where they differ is her penchant for the Dance beat like in “Ephemeral III”. Her music is like a mist that slowly traverses the mountaintops, airy, vacant, and minimal. There is no sense of urgency, the music is meditative and patient. I recommend her work for any fans of Steve Reich or Brian Eno.